Tonight the gallery re-opens to the public with new works by Joan Marie Giampa: Anagramation. 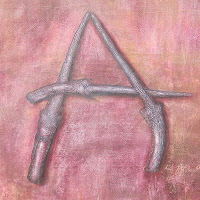 The opening is from 6-8 pm.  There will be a special sneak preview in the small gallery with works by Jeremy Kunkel.  Jeremy is a former student of Dr. Giampa's at Northern Virginia Community College where he studied color.  Jeremy will have a solo show at the Caboose in November, 2013.

The Show is Heating Up! 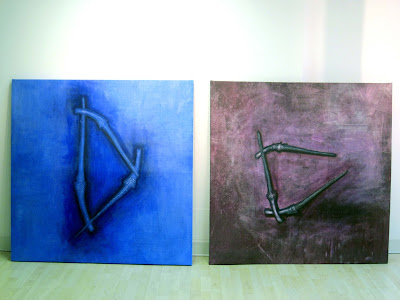 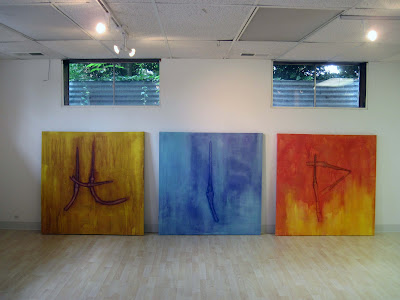 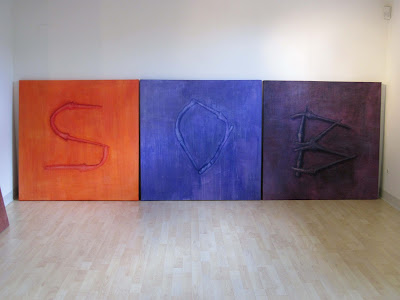 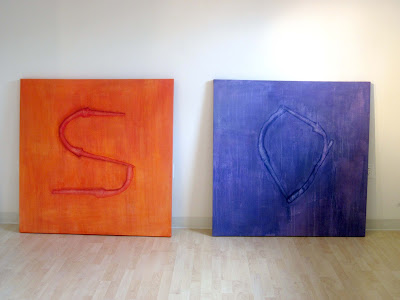 I feel as if every painting is a bridge to the next painting. There is no time to reason when working. The term abstract is abstract to me in the sense that everything is abstract beyond the objective. Art is subjective and subject to the analytical. It can be felt and experienced during the creative process as well as during the viewing process. I prefer to feel my way through the process and then analyze afterward--like most. It is difficult to analyze ones work.

My teachers told me to leave that part to the people who do that best--curators and writers. Language and art is a looping process for this artist. One feeds the other. As a trained visual communicator it was important to decipher the process--deconstruct--in order to teach it. In other words which came first--the picture or the word. We know that symbols or pictures came before words and words can look like symbols, but our conscious mind likes to direct traffic and categorize the words into pictures and pictures into words.

Its a looping process kind of like the fibonacci spiral. But the question remains, do we need to create a language to be abstract. I think not. I think that a language evolves as the artist evolves and every stroke, color, and texture extruded speaks a truth that is individual to the artist. 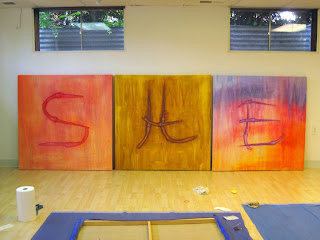 ) pron.
1. Used to refer to the woman or girl previously mentioned or implied.  Used to refer to a female   animal.
2. Used in place of it to refer to certain inanimate things, such as ships and nations, traditionally perceived as female: "The sea is mother-death and she is a mighty female" (Anne Sexton).
Posted by Joan Marie Giampa, Art.D. at 6:47 AM No comments: