I have often wondered what happened to Rapunzel after she galloped off into the sunset with her gallant lover the charming prince. It occurs to me that Rapunzel may of had a difficult time adjusting to the "real world" after living in that tower for many long years. Her moral code must of been so finely established that when she engaged with the prince--her mirror-- she was not prepared for his world of instant chat rooms, Face book, Twitter, text messaging and skype.

You see Rapunzel spent many years honing her moral, and spiritual code of etchics--to a degree of such extreme rigidness and perfection--that she discovered she was more alone with her prince than when she lived by herself in the tower. She was used to her towers rotary telephone and notes written by hand. When she encountered her prince and mirrored to him her finely honed set of virtues, the prince did not reflect back to her the same degree of purity. And so her finely tuned world of fantasy was put to the test; and it so happened that when the two communicated, they were in such disagreement about how each perceived the world, that the prince got angry and sent her a text message to tell her they were done and to move on.

Rapunzel was so distraught by the abruptness of his actions that she did not know what to do. She spent thousands of dollars on therapy to tell her that the prince was selfish and not worthy of her; and that next time she would value herself more. When Rapunzel texted her confusion about the situation, he deleted her from his life at the flash of a finger tip, for in his world of virtual reality that was all it took. She was no longer his Facebook friend, twitter friend and he even deleted Rapunzel from his castle cell phone. Rapunzel was reduced to a delete button and was asked to leave the castle without discussion. Poor Rapunzel cried a moats worth of tears and cut all her hair off. She felt weak and unable to function, and her world turned from a bright blue sky to a thunderstorm of gray. Her moment of happiness turned into a nightmare called modern day relationships where men are from Mars and women are from Venus.

You see her prince was used to the real world and how people can come and go in your life in an instant. Rapunzel spent eons thinking about her little world in the tower and how the world should be and simply was not ready to climb out into the world of technology and fast moving jet engine air planes. Rapunzel was not used to all the rapid fire responses in the technology world whereby everyone is on constant response mode and spends little time formulating real thoughts that require reflection and form. So she went back to her tower and her prince went back to his worldly quest of conquering damsels in distress; and never truly spending the time it takes to get to know his damsels.

The prince loved the conquest, but failed miserably at the relationship because he had an adrenaline addiction...like most techno junkies on the planet today. The prince honed his skills of perfecting the rescue and compartmentalized his ability to communicate with his damsels. He was a selfish prince and life was about his terms that stemmed from his perfectionistic nature. His obsessive compulsive thinking backed his mind into a corner and fear stepped in where love should of bloomed. And in the end, his fears won out and he lost Rapunzel to his own mind. You see the prince was also a product of his environment where quick decisions could cost him his life and he was accustomed to staying the course of chosen action just like he learned during his knighthood training. He could not love Rapunzel for who she was for that required him to step out of his safe zone and accept the truest gift of all that Rapunzel had to offer...unconditional love.

Rapunzel had no problems adjusting back to her tower for it is a safe place to exist. She can look out at her blue moon again in perfect peace knowing that her world stays the same up there...peaceful and without drama. And she can love her prince in her mind and know its safe; and yearn for him in her heart remembering his warm and tender voice when he sang to her up in her tower and loved her from afar. 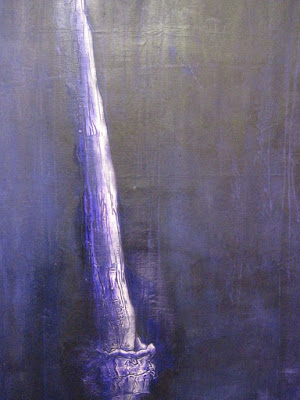 I had a dream this summer which turned into a waking vision.  The dream was so real that it stayed with me for days and now it is a constant daily passenger in my thoughts.  In the dream I was standing in front of all the souls in heaven being applauded.  As I looked out over an ocean of souls into a mist of whites , purples and pinks, I felt completely loved in this sea of spirits and completely complete.  The gift of the dream was that I was standing next to my twin soul--the one they say that is with you since the beginning of time.  The audience that stood before us was noisy and active and chirping for the two souls before them who travelled such a long and weary journey to this place.  They say that twin souls rarely come together on earth,  but when they do it is a gift that is heaven sent.  I had a dream this summer--a waking vision--and it remains a constant passenger in my thoughts. 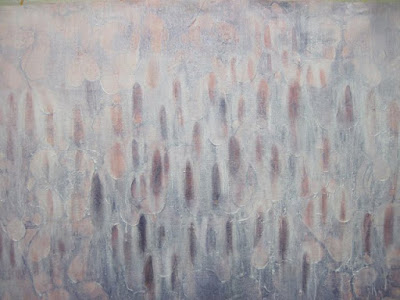